Yesterday the Council’s Transportation and Sustainability Committee gave a thumbs-up to a five-year implementation plan for the city’s Pedestrian Master Plan.

The Council has given direction for an annually-updated implementation plan, looking out five years. The first version was supposed to be delivered last December, so it’s a couple of months late. Starting this year, the annual updates are intended to be released in early September so that they can be factored into the Council’s budget development work.

The implementation plan begins with a summary of the $91 million of funding available from the Move Seattle levy as allocated to the goals of the Pedestrian Master Plan: 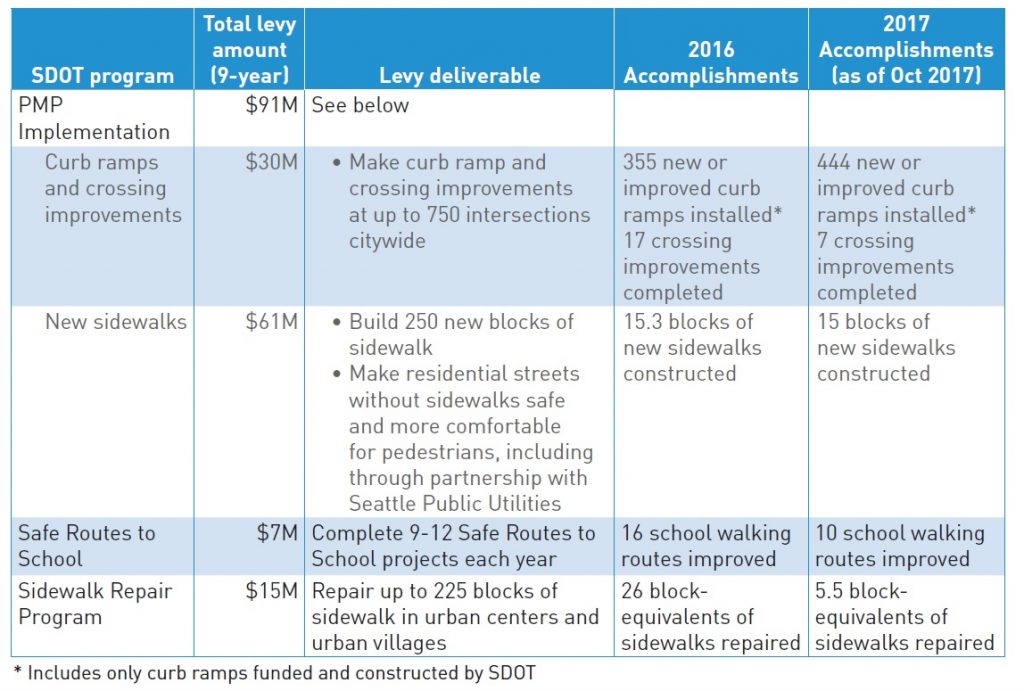 Some of the levy funds have been expended over the past two years, but the city will combine the remaining revenues with other local sources to spend an estimated $88.1 million over the next five years.

Much of the implementation plan document is a lengthy description of the prioritization and decision-making process for choosing specific projects, followed by the current list of selected projects. The projects are broken out into several categories:

The projects are overlaid on top of the city’s Priority Investment Network for transportation projects: 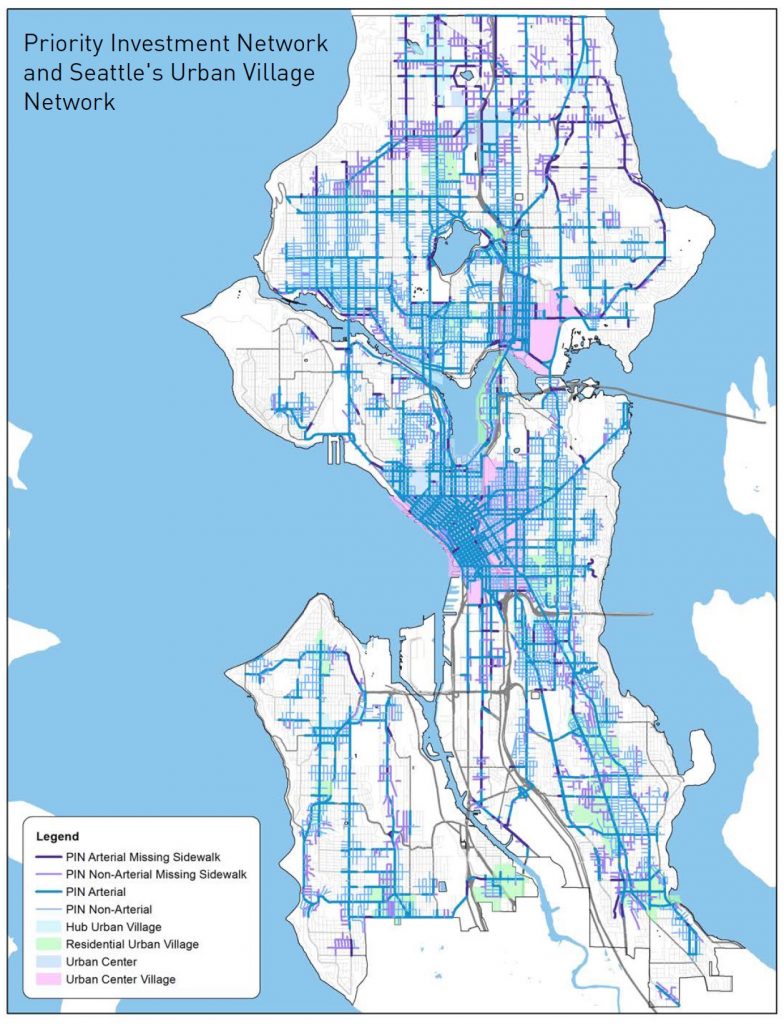 Crossing improvements are spread throughout the city, with a concentration downtown and on some key arterials with as 15th Avenue NE, NE 125th Street, Madison, MLK, and Beacon. The full year-by-year breakdown in in the document. The city expects to build 2-3 new pedestrian signals per year and improve 10-15 existing unsignaled intersections. Additionally, it expects to improve another 10-15 signaled intersections. 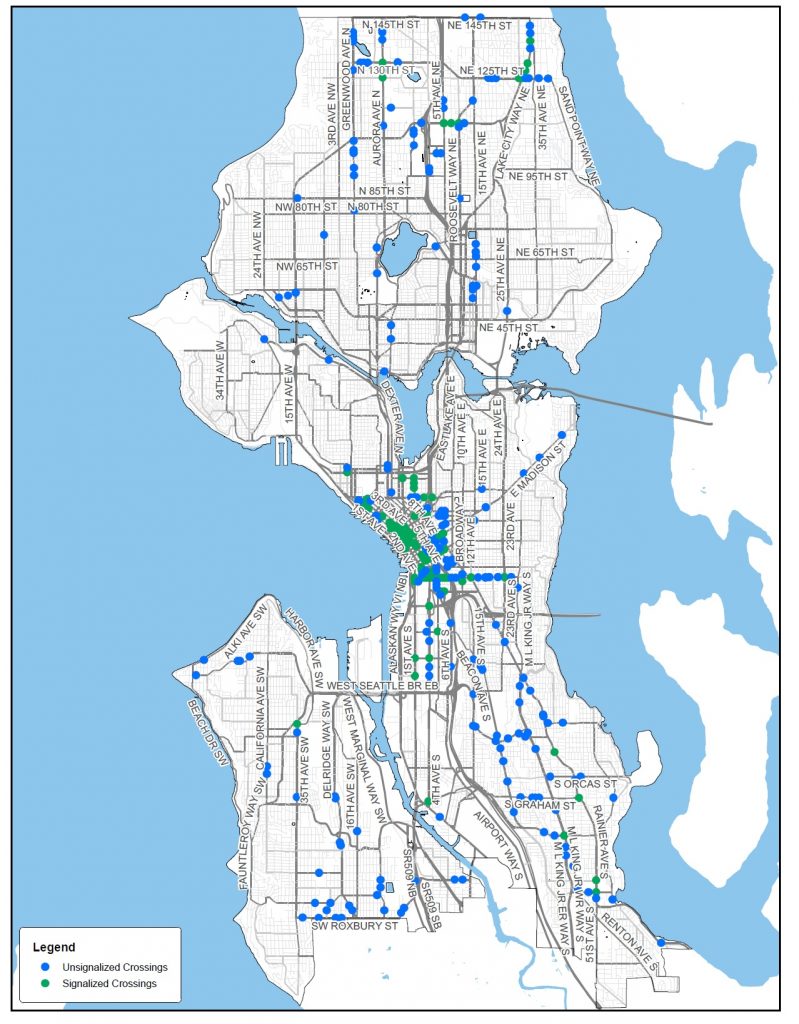 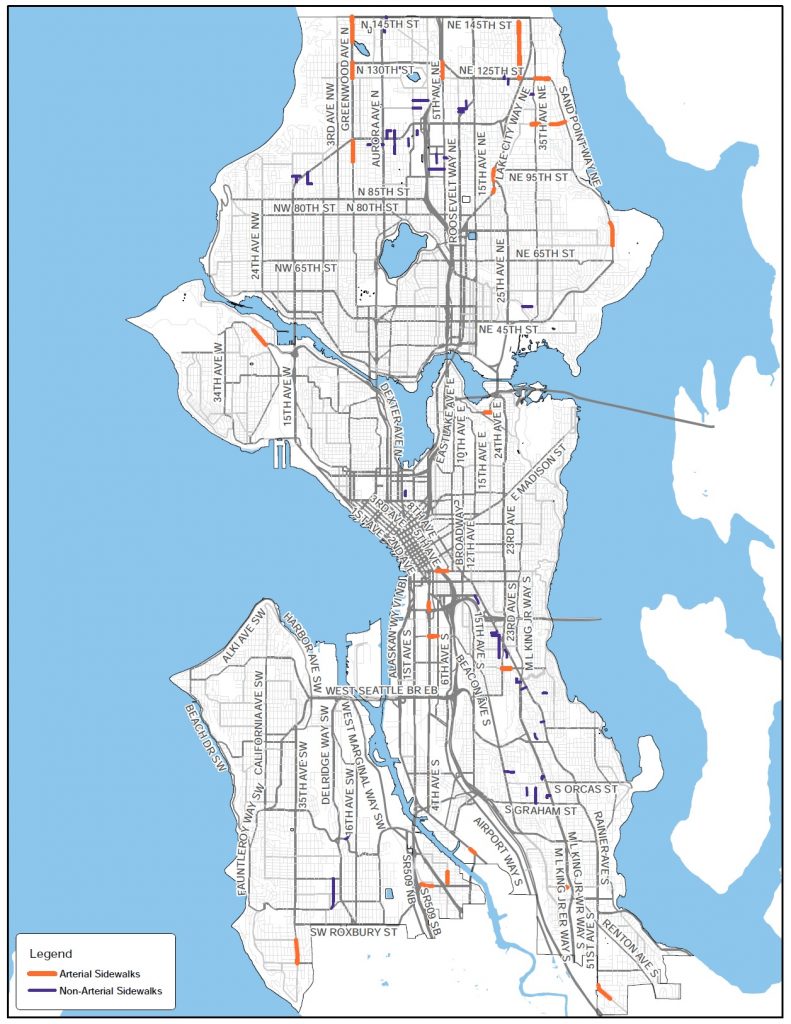 Stair and walkway projects are sparse; there are only 1-2 in the plan per year. 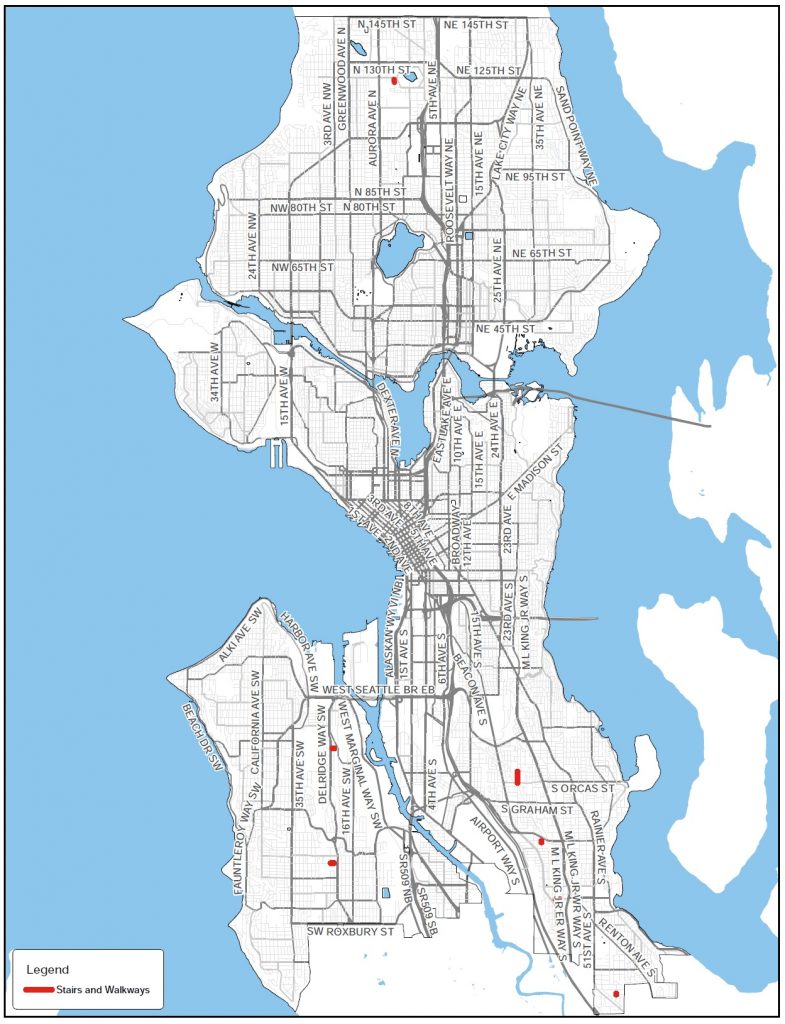 The city is developing a new “transition plan” that identifies specific strategies and locations for new accessibility projects. Infrastructure repair and maintenance will be a key part of it.

The city’s “1% for the Arts” policy requires 1% of all capital improvement project funds “to be set aside for the commission, purchase and installation of artworks across the city.” There are no specific projects identified yet, but projects will be chosen based on:

The city also has a separately-funded Safe Routes to Schools program that improves infrastructure near schools. There are 19 schools on the priority list for improvements.

The Pedestrian Master Plan doesn’t directly address pedestrian lighting and other sidewalk repairs, but SDOT will integrate them into other projects opportunistically.