Last week the Council got a briefing from Seattle Public Utilities and Zero Waste Washington on what’s going on with recycling in Seattle. Despite strong support for recycling here, there are some substantial challenges. 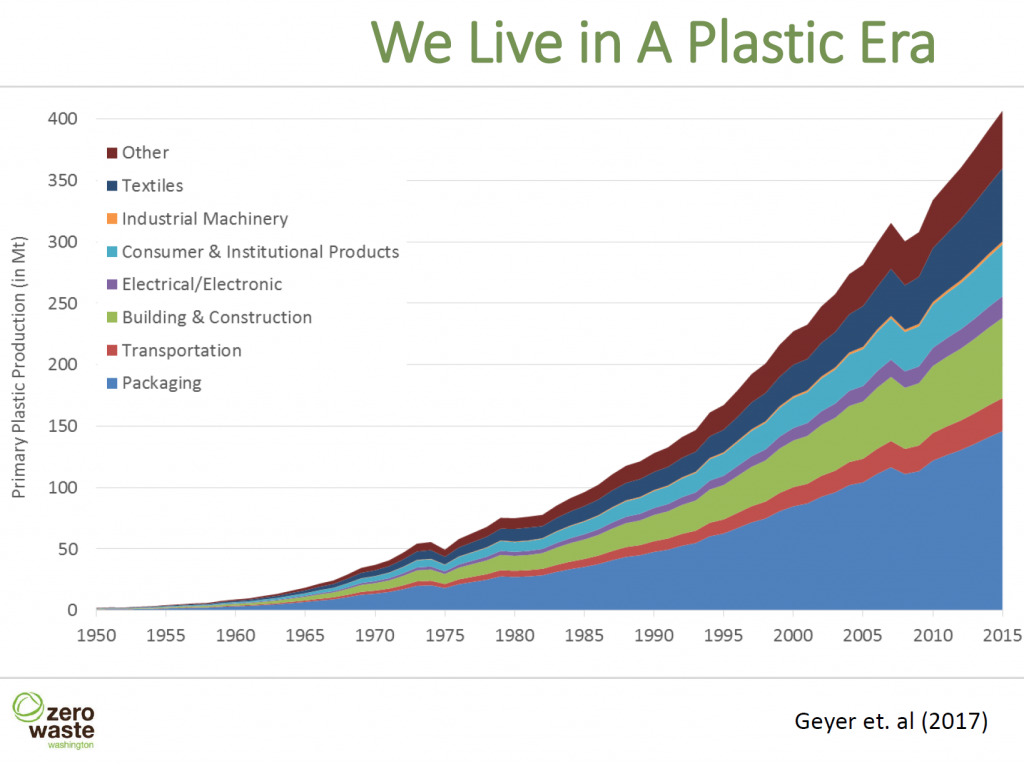 Seattle’s recycling stream is mostly paper and glass; plastics make up only about 5%. 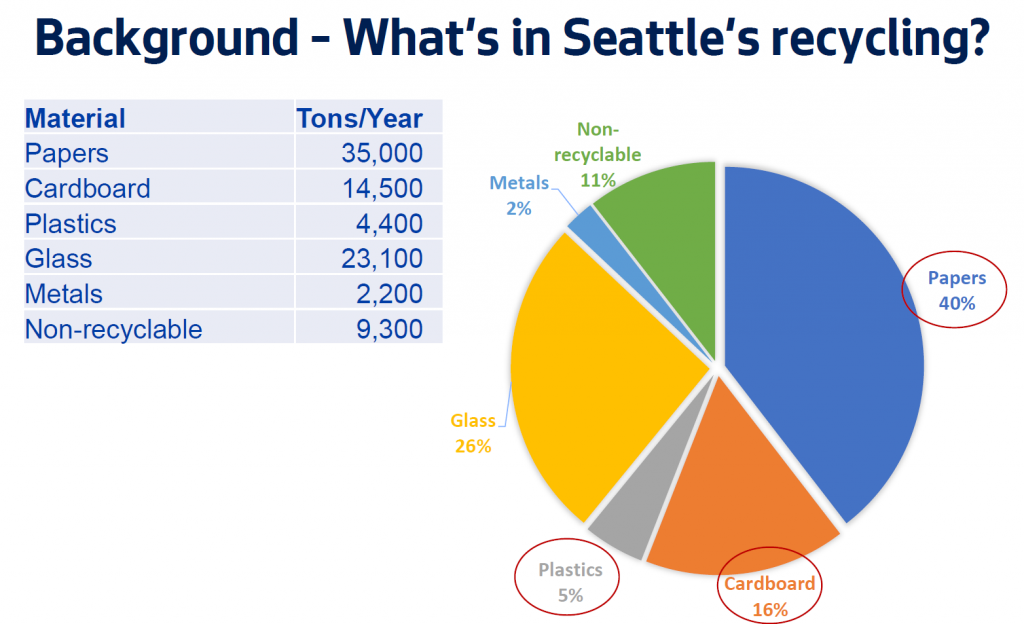 There are three big challenges for recycling programs here.

China’s announcement has sent a shock-wave through the recycling ecosystem. Sending materials to China for recycling was particularly advantageous for Seattle, because the city is a “dead head” port: ships  carry cargo from China to unload in Seattle, but then often return empty. That resulted in cheap rates to ship bales of recyclable materials to China for processing, lowering the overall cost of recycling.

China’s change in policy has lowered the price for un-processed recyclable materials, since the market for it is substantially reduced. The City of Seattle’s contract with its local vendors pays them to collect, sort and bale the materials, but allows the city to keep the revenues from selling the sorted materials at market. That revenue stream has dropped from $8 million in 2017 to $4.7 million in 2018. 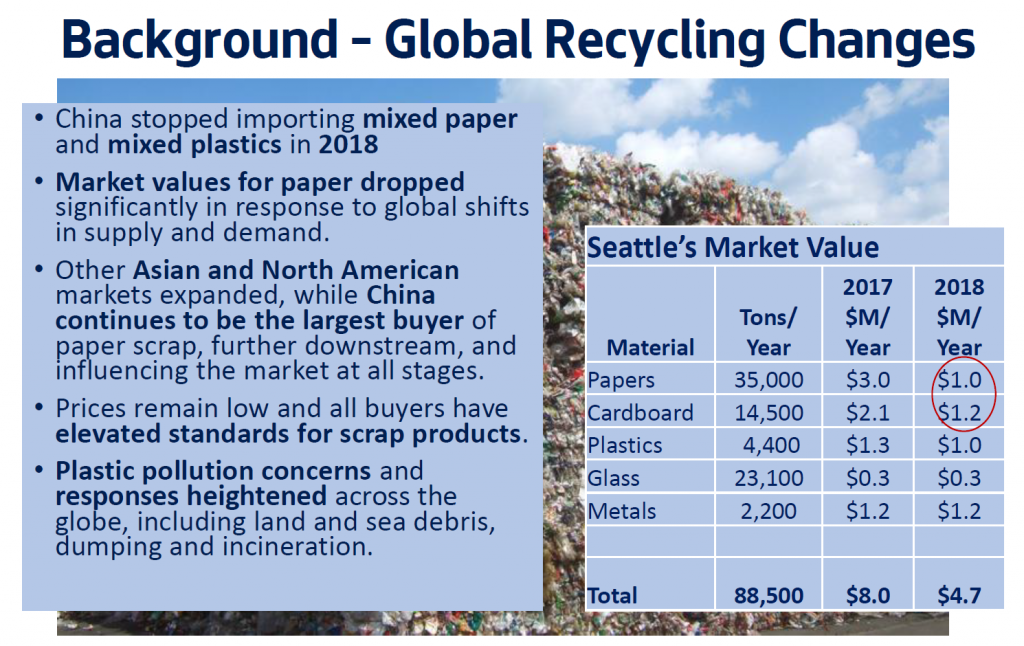 But the good news is that China’s announcement has also created opportunities and incentives for domestic and Canadian processing facilities, as well as those in other Asian countries. It has also driven improvements in the quality of collection and sorting locally, to reduce contamination. New technology has been installed (Republic spent $1.5M upgrading its facility); local collection facilities have also reduced sorting speeds and increased staffing. Because of this, Seattle’s stream of recyclables is largely staying domestic this year. Glass and metals are staying local; higher-value plastics are also remaining local, while lower-value plastics are still going offshore but SPU says that stream is also moving back onshore. About 50% of the paper is being exported, and ironically much of the recycled paper eventually ends up in China after it is processed. 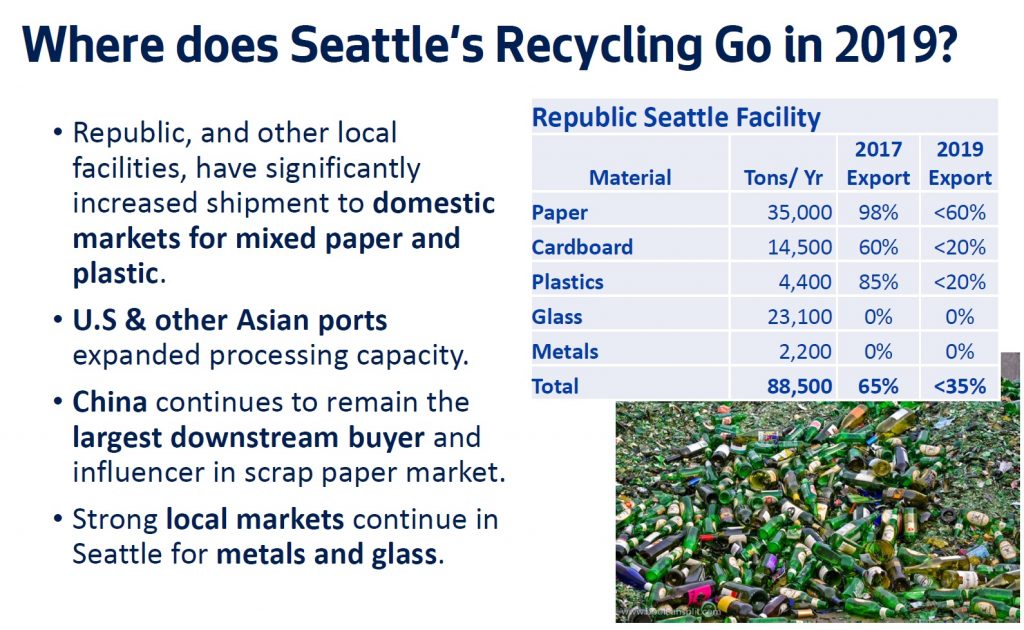 It was also a good year for recycling in the state legislature, with several bills passing, including ones that mandate the color of compostable packaging, authorize a study of stewardship for plastic packaging, and start planning for reducing food waste. 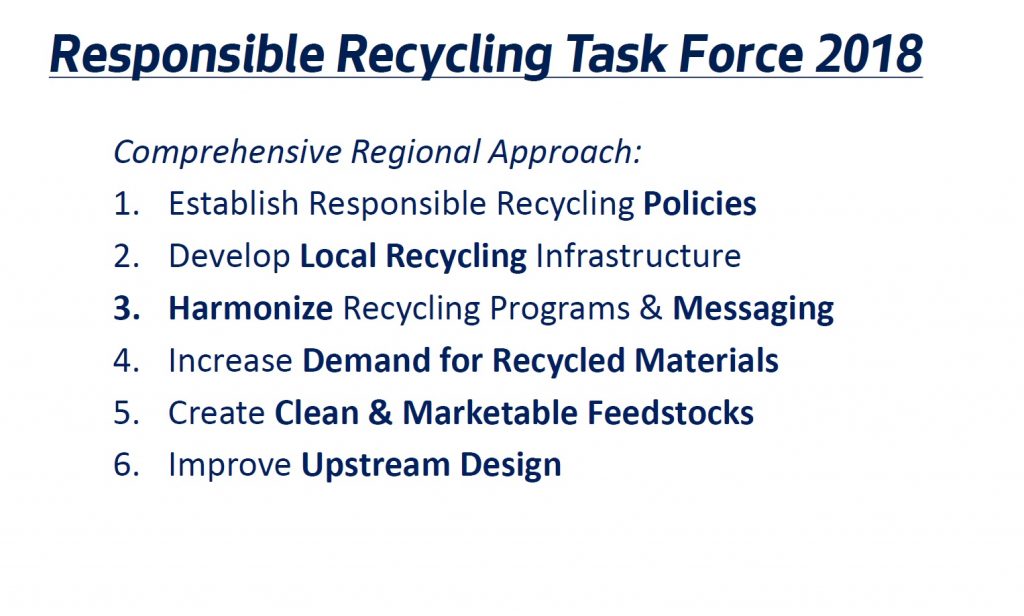 The task force came up with 20 action items, including:

Finally, SPU and Zero Waste Washington are advocating for more widely banning plastic bags (not just in grocery stores), and increasing the charge for paper bags to 8-10 cents, which is closer to the true cost. 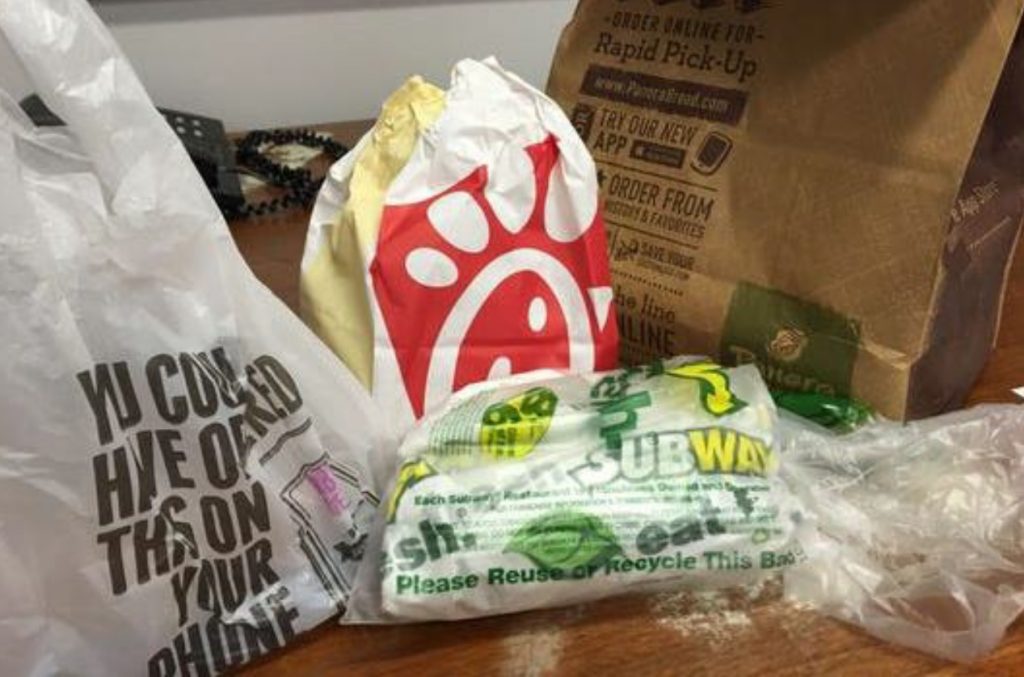 They aren’t yet willing to advocate for banning plastic water bottles, however, and they claim that the reason is Flint Michigan: many people simply don’t trust that their tap water is safe. 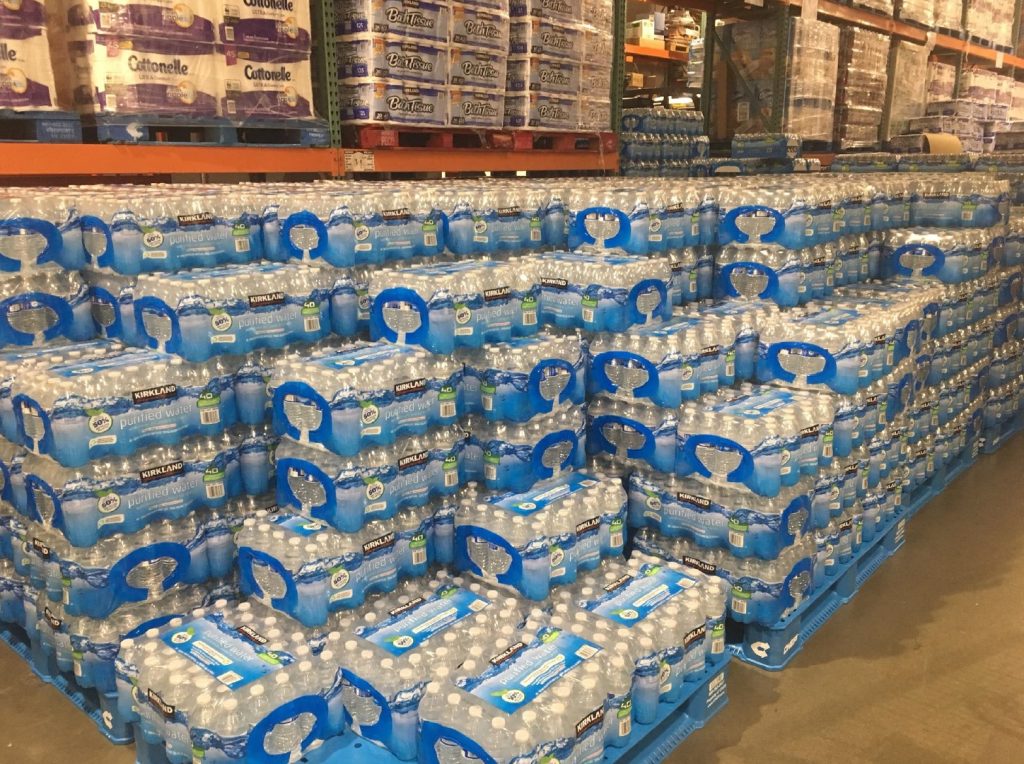