Believe it or not, things happened today that aren’t related to taxes. Here’s the scoop. 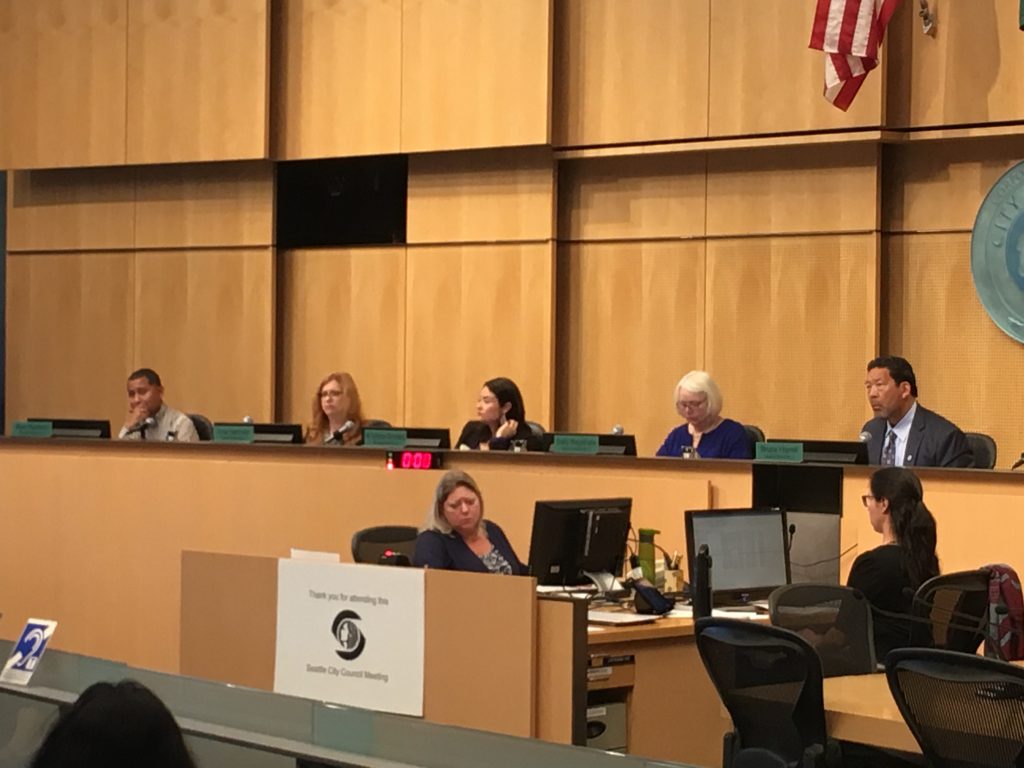 This afternoon, the Council passed an ordinance transferring jurisdiction from SDOT to Seattle Center for a piece of property that will become the new Seattle Center skate park. The old one was demolished as part of the Key Arena renovation project.

The Council also passed a modification of the Seattle Storm’s lease contract with the Seattle Center for the old Key Arena. The changes to the agreement will make it easier for the Storm to play their games in Hec Ed  at UW. That keeps them playing in Seattle during the arena renovation, but their summer schedule required a costly installation of air conditioning in Hec Ed. The change in the contract keeps the city’s total financial liability to the Storm during the renovation the same, but makes it easier to the air conditioning costs to be charged against them.

And the Council approved a new “sign overlay district” for Seattle Center that adopts signage rules in the contract with OVG for use of the renovated Arena. There was some controversy about whether the electronic signs will be too bright at night and bother the neighbors, but the city negotiated down the overall number and size of the signs, and limited the late-night hours they can be operated.

The Council approved acquisition of land around Thornton Creek near Northgate as part of a parks/wetlands preservation project.

This morning, Council member Sawant announced that her committee meeting tomorrow afternoon will include a presentation on HSD’s “summer lunch program” which provides healthy lunches for students who would otherwise qualify for free lunch during the school year.

Council member Mosqueda announced that at her next committee meeting on August 1, in addition to a continuation of work on the four hotel workers’ protection bills, they would hear a report realted to the renewal of the Multi-family Tax Exemption ordinance.

Tomorrow morning, Council member Herbold’s committee will discuss a bill intended to harmonize the city’s “eviction reform” legislation with recently passed changes to state law. Herbold noted this morning that this is only one of three bills on the topic, and at her her committee meeting in August they will take up the other two.