Earlier this week, the City of Seattle filed its response to allegations from Black Lives Matter and the ACLU that it should be held in contempt for violating a preliminary injunction placing restrictions on SPD’s use of crowd-control weapons.

The city’s response is a strong defense to the contempt charge, but it raises many additional questions about the way that SPD handles protests.

The plaintiffs alleged that SPD violated the injunction on four separate occasions: August 26, September 7, September 22, and September 23; they provided declarations and videos from witnesses (many posted to social media) to support their case.

The city’s response is a combination of legal and factual arguments.  Let’s review the legal ones first, as they frame the issues and potentially place some important boundaries around what Judge Jones will consider. Late last month the city asked Jones to clarify the standard by which he would be evaluating the motion to hold the city in contempt; Jones declined to do so and instructed the city to argue its own view as to the legal issues (as is the standard approach). To that end, the first part of the city’s legal brief lays out those issues, and asserts three main points:

The city also asserted that it “unequivocally and constantly” appraised SPD officers of the terms of the preliminary injunction and their duty to follow it, and that officers who violated it are subject to discipline — pointing to the ongoing work of the OPA to investigate complaints arising from the four incidents named by the plaintiffs as well as several others from over the summer and early fall.

To support its factual allegations, the city submitted several declarations from officers who participated in the named incidents, numerous incident reports, and nearly four hours of video footage (mostly from officers’ body-worn video cameras). I’ve obtained and uploaded all of those materials, with links to them at the end of this article; the embedded YouTube clips below are my attempts to compile relevant clips together, but if you distrust my edits you are welcome to watch the complete video footage and make up your own mind. SPD’s video expands the context for specific uses of crowd-control weapons by SPD officers, often showing that they were responding to specific acts of violence by the crowds of protesters such as having objects thrown at them or being physically attacked (to be clear, one should not infer from this that all protesters were violent; far from it). And since the preliminary injunction makes exceptions for SPD officers to respond to threats of violence and to protect themselves from physical harm, this at the very least raises considerable doubt about whether the uses of crowd-control weapons cited by the plaintiffs do, in fact, represent violations of the injunction.

The video provided by the city does, however, show that officers’ use of blast balls was at the very least questionable at times. Here are excerpts from the videos that show blast balls being deployed, in some cases indiscriminately from a distance, often with overhead throws (which are strongly discouraged by SPD policy and training), and at the slightest provocation — a protester throws an object at an officer, and the officer throws a blast ball at their feet. Often such a use is neither reasonable, necessary, nor proportional use of force.

Some of the other uses of crowd-control weapons look highly inappropriate at first, but upon closer inspection — and with more angles — are much more debatable. For example, this case where an officer used a “less lethal” rubber-tipped bullet gun to fire multiple shots at nearly point-black range at a protester. But examining further footage, we discover that the protester had brandished a broken umbrella and tried to attack an officer with it. It’s still possible to argue that the response was excessive, but it’s far from clear-cut.

Despite that, the city has a strong case on the basis of the facts and the law, and will probably dodge the contempt charge.  The plaintiffs haven’t presented any compelling evidence that SPD officers were following an established pattern, practice or policy, and there is enough evidence muddying the water about the specific context for deploying the crowd-control weapons that it will be difficult for Judge Jones to hold the city responsible.

That’s unfortunate, however, because having watched all four hours of the video footage that the city submitted to the court, I can tell you that while there was a lot of bad behavior by protesters and SPD officers often found themselves in very tense and dangerous situations, on more than one occasion they were clearly the antagonists and incited an escalation to violence. Let’s review some of these incidents.

The night of August 26, protesters gathered on Roanoke Avenue outside the Washington State Patrol facility near I-5 and Highway 520 and next-door to a Seattle Fire Department fire station. 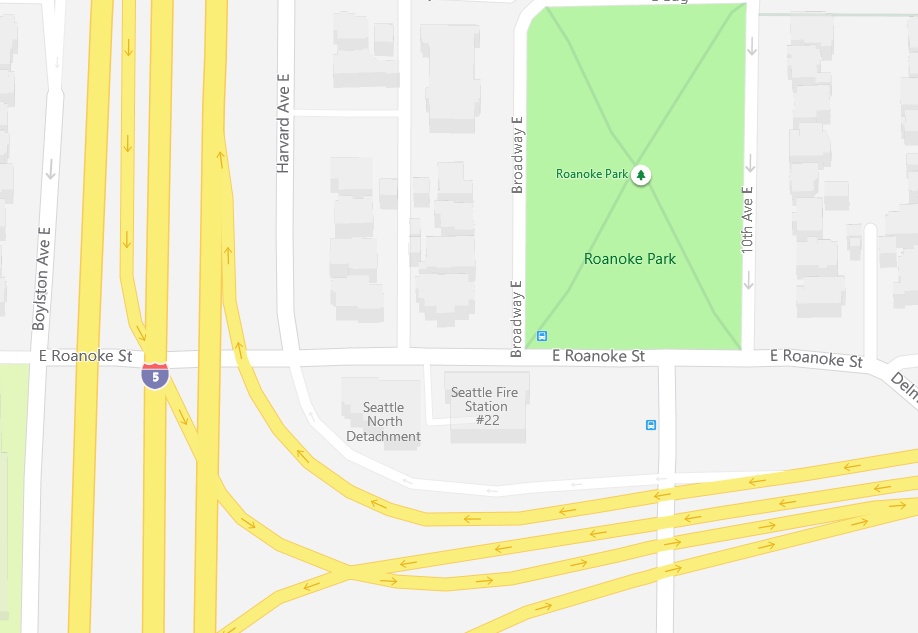 Their accompanying “car brigade” filled one side of the street outside the two buildings, effectively preventing first-responder vehicles from entering and leaving. For this reason, SPD decided that they needed to intervene to clear the cars from the road. The protesters resisted, and drivers remained in their vehicles to impede towing them (towing companies are prohibited by city ordinance from towing an occupied vehicle). SPD officers called in a set of tow trucks, and in two waves pushed the crowd back to make room for the tow trucks to enter and remove the cars. After one driver refused to leave her vehicle, an SPD officer smashed the window of her car, opened the door and physically removed and arrested her; following that, several of the other cars voluntarily drove off and the road was cleared.

After the two waves of pushing the crowd of protesters back west along Roanoke so that all the remaining “car brigade” vehicles could be towed away, they were now gathered at the intersection of Harvard and Roanoke. At this point, SPD supervisors at the scene decided that they would push the crowd north onto Harvard, and then force them all the way down the hill to the lake in one continuous push. 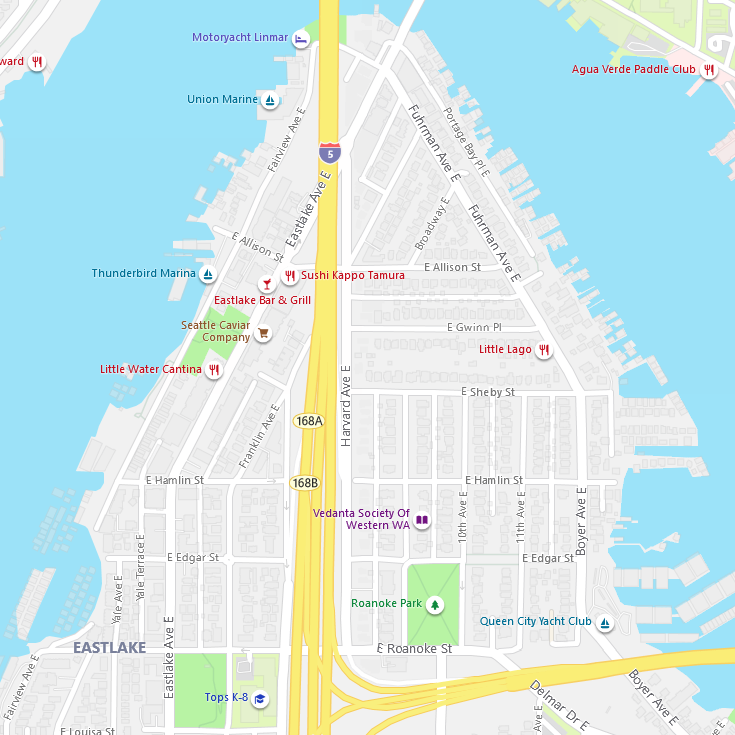 In this video, you can see and hear the officers planning this, and then see them execute a “pinwheel” redirection of the crowd onto Harvard and a long push for several blocks. It turned violent at a couple of points in this long push, with at one point an officer deploying a blast ball that ricocheted off a protester’s shield and detonated at the feet of the officer.

These kinds of long forceful pushes of the crowd, which in many ways look like armed stalkings of protesters that go on for several minutes and several blocks with officers shouting “Move Back!” in unison, are a recurring theme in the video footage supplied by the city. In this case, the crowd largely dissipated long before it made it all the way down the hill.

September 7 was the day of the protest outside SPOG headquarters in the SODO area. The SPOG headquarters building had been fenced off and its windows boarded up, but there is surveillance camera footage of the protest and SPD’s response.  In its filings with the court (and its annotations on the video) the city emphasizes its belief that there was a conspiracy to set the building on fire using Molotov cocktails, assisted by other protesters (including one of the plaintiffs — Ms. Chen) throwing combustible materials over the fence and up against the building. The actual video footage is underwhelming: we see a few protesters drop a couple of half-empty bags of garbage next to the fence, and a few minutes later a different protester approach and throw a couple of the bags over the fence toward the building.

Nevertheless, the city asserts that SPD had knowledge of a protester in possession of a Molotov cocktail, and it moved in to arrest the suspect. However, we see on the video surveillance footage, from two different angles, that SPD’s effort to arrest the individual was massive: an entire phalanx of bicycle officers ride out at full speed from behind an adjacent building and into the crowd of protesters, immediately sending protesters running in all directions. The result was predictable chaos, with angry protesters facing off against SPD officers armed with pepper spray. In the video you can see that one protester lets loose a fire extinguisher that looks like a large cloud of smoke.

SPD declared the protest to be an unlawful assembly, ordered the crowd to disperse, and forcibly marched protesters out of the area for several blocks, using blast balls in many circumstances to disrupt groups of protesters — some of which were hurling objects (including fireworks and the occasional Molotov cocktail) at the officers.

But the prize for worst-behaved SPD officer goes to Sgt. Didier, who repeatedly insisted that protesters run from the scene and directed his bicycle officer squad to force protesters to run, harassed individuals, and generally behaved like an asshole. Here’s a compilation of some of his worst moments (again, from the video footage supplied by the city):

Did some of the protesters bring Molotov cocktails to the protest? Yes, they sure did, and SPD needed to address that. But there is a very good case to be made — using SPD’s and SPOG’s own video — that the police incited this crowd to riot. Certainly nothing they did served to de-escalate the situation.

September 23rd was a tough night on Capitol Hill — property damage, several violent clashes between protesters and police, dumpster fires, the works. Here’s a compilation of some of what SPD officers were dealing with:

SPD threw a lot of blast balls that night. They also had one officer who repeatedly pointed his “less-lethal” gun at the crowd and waved it around (the same officer who shot “umbrella guy” when he was being arrested).

And once again SPD forcibly marched protesters for several blocks, chasing them and constantly yelling at them to “Move back!” Apparently SPD officers think it’s meaningful to shout “Move Back!” at someone who has been walking away from them for several blocks and around corners.

One of the issues raised by these incidents is the one-way door created by SPD declaring an unlawful assembly; there appears to be no way to undo such a declaration even if the unlawful acts stop and the crowd once again becomes peaceful, so officers seem to be forced to continue pushing until every last protester has dispersed. Since a small, determined group in a large crowd can cause enough trouble to get SPD to declare an unlawful assembly, this seems as though it will continue to be a major source of tension between demonstrators and the police.

While SPD is likely to dodge a contempt charge in the near term, these incidents show that the department really does have some deep-seated issues in how it deals with protests.  For all its talk of de-escalation, just over a month ago SPD officers were still using tactics that actually made tense situations worse — and none of them had the presence of mind at the time to realize that was what they were doing. Interim Chief Diaz recently announced that he has made structural changes to the way that the department handles protests, but time will tell if that makes a meaningful difference.

The City’s filings in response to the contempt charge:

The plaintiffs are due to file their reply brief on Monday.