Yesterday the Planning, Land Use and Zoning started digging into the details of the “residential” half of the Mandatory Housing Affordability (MHA) program.

As a follow-on to their first briefing a month ago, representatives of the Mayor’s Office, the Office of Planning and Community Development, the Office of Housing, and the Council’s central staff walked through the details of the planned program.

As a reminder, the MHA program is intended to ensure that growth and development in the city provide for growth of affordable housing.  The first half of the program, aimed at commercial development, was enacted last fall. The second half is now under consideration, in two phases: first an overall framework is put in place that establishes general requirements for residential developments, and then those become “activated” in specific zones of the city as subsequent zoning changes are enacted. It is hoped that the framework will be in place by the end of July, and the zoning changes for  the downtown and SLU zones will be under consideration around the same time. 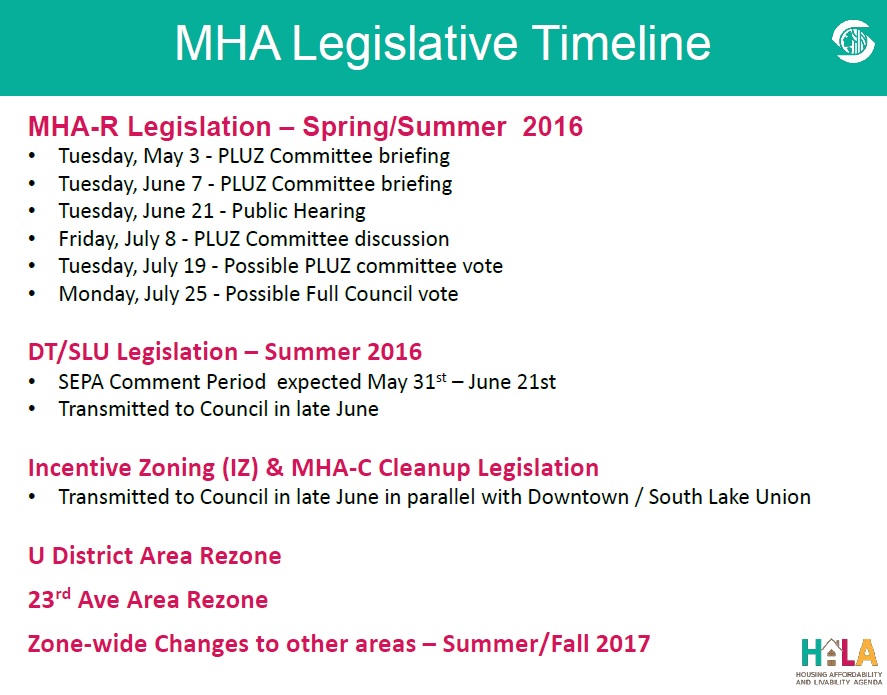 The MHA-R program will hopefully create 6000 units over the next 10 years, though that doesn’t account for the potential loss of “naturally affordable” housing units — older units that might get torn down to make room for the new developments. Council member Herbold raised that as an issue today, an issue that she has raised before that led to housing preservation being included as a program within the 2016 Housing Levy. Her point is well taken: even with the MHA, a new residential development might end up being a net loss of affordable housing. Herbold said she strongly believes that the MHA program need a mechanism for loss of “naturally affordable” housing units.

The designers of the MHA program have been learning from the current Incentive Zoning (IZ) program, which was envisioned as a pilot. The IZ allowed developers to build an extra floor above zoning restrictions in return for either setting aside a percentage of the units as affordable or making  a payment in lieu of “performance.”

The MHA-Residential program is very similar, though rather than voluntary, they will be (as the title applies) mandatory once zoning changes consistent with HALA are put in place that relaxes the height restriction. It applies when residential units are built or created — with exceptions for accessory dwelling units and subsidized affordable housing. Developers have the same choice between setting aside units or a payment in lieu. But the city learned from the IZ pilot that a majority of developers will opt for the payment, so to incent more set-asides it increased the required equivalent payment. This is important because the city wants affordable housing to be mixed in with market-rate housing to the greatest extent possible. Even when developers make the payment instead, the funds will be used to build affordable housing in the same neighborhood as the residential development that was the source of the payment.

The frameworks sets ranges for the number of units to be set aside, or equivalent payment roughly 2.5 times the cost of the units that would otherwise be set aside. 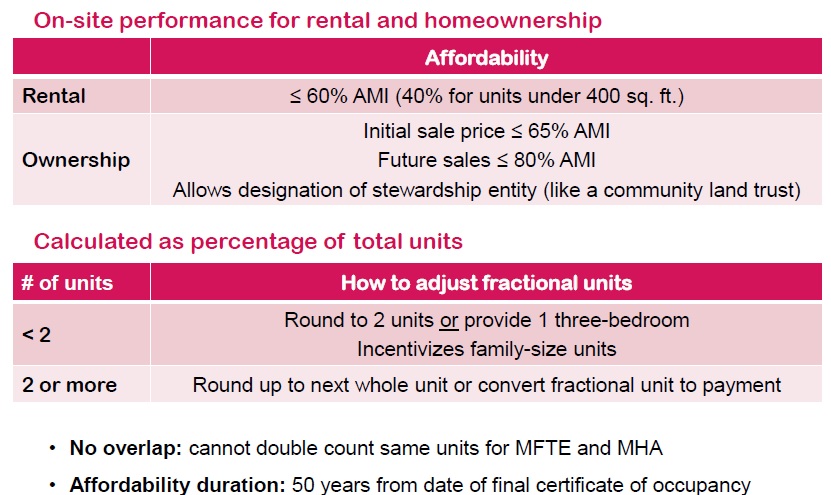 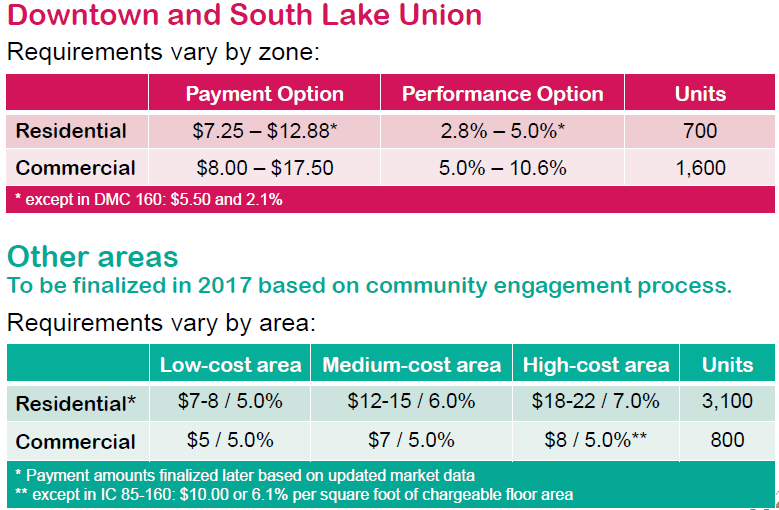 As you can see from the above table, the requirements depend on how costly housing is in the area — creating more affordable housing in higher-cost areas. 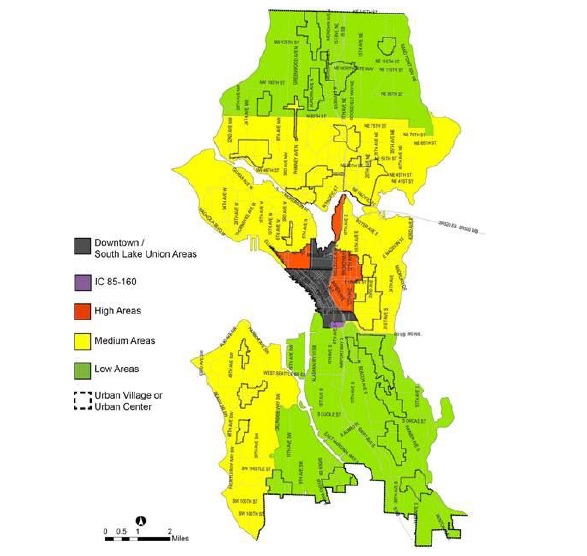 There was some discussion today about whether the set-asides were large enough, compared to what other cities are requiring in their similar programs. The city staff claims that they have broadly surveyed other cities and found a wide range, but have tried to tailor it to the city’s unique issues. They expect MHA to create more units than other cities’ programs because it broadly applies to nearly all residential developments throughout the city, whereas other cities limit their programs to specific areas or only some types of development projects.

The next step for the MHA Residential framework legislation is a public hearing on June 21. Following that, the PLUZ committee will take up the legislation again on July 8.