This afternoon, SDOT gave an update to the Council on the Seattle Streetcar failure earlier this month, the repair effort, and next steps.

First the good news: the First Hill streetcar is back in service, as of 5am yesterday (Monday). SDOT made an interim repair; they got the approval for the interim plan last Friday, and they worked over the weekend to implement it and get it fully tested in time for a Monday restart.

What went wrong: the streetcar had a “load contactor” fail, lost its braking systems, and slid down a hill. A load contactor is a fancy name for what is often called a relay: an electrically operated switch for high-voltage or high-current electricity. The point of a relay is to allow you to have an on/off button for a big electrical load without running that whole load through the button. Instead, you have a small current controlled by the button that runs an electromagnet, and the magnet opens and closes a switch for the big current. This kind of thing is particularly handy for something like a streetcar train, a light rail train, or a two-ended ferry, where there are multiple pilot stations with the same controls. All the identical controls can be connected to the same load contactor, and then they all work identically.

The problem with relays is that they are mechanical systems with moving parts, and moving parts all eventually fail. The streetcar had one of these controlling the braking systems, and it failed. That’s not unusual; what is unusual is that it exposed a major design flaw in the streetcar: all of the braking systems were controlled by the same load contactor. That’s called a “single point of failure” and it’s a big no-no in electrical systems design — especially critical systems like brakes.

SDOT’s interim fix is to rewire the brakes so that some of the brake systems will continue to work if the load contactor fails. According to SDOT, that’s the design used in the light rail trains so it was pretty easy to sell that short-term solution. The final, long-term solution is to reconfigure the brake systems to have two load contactors instead of just one, spreading out the brakes control and removing the single point of failure. SDOT submits to the state safety authority their failure report this Friday, which describes the failure and their plan for the long-term solution.

One problem: to implement the final solution, they need additional load contactors. Those aren’t off-the-shelf components; they are specially made in Germany and it will take weeks before they arrive.

In the meantime, SDOT has instituted some changes to how the First Hill streetcar operates out of an abundance of caution while it is running with the interim fix. The streetcar now makes “safety stops” before starting a downhill stretch, and then proceeds at no more than 7 miles per hour down the hill.  The safety precautions are relatively short stretches of the route, so SDOT doesn’t expect it will change the overall timing much. But in the meantime the department had been planning some changes this summer to traffic signal timing and prioritization along Yesler and Broadway to optimize the streetcar; they are now looking at accelerating that work since it will probably be a few months until the streetcars are fully fixed and the safety precautions can be relaxed. 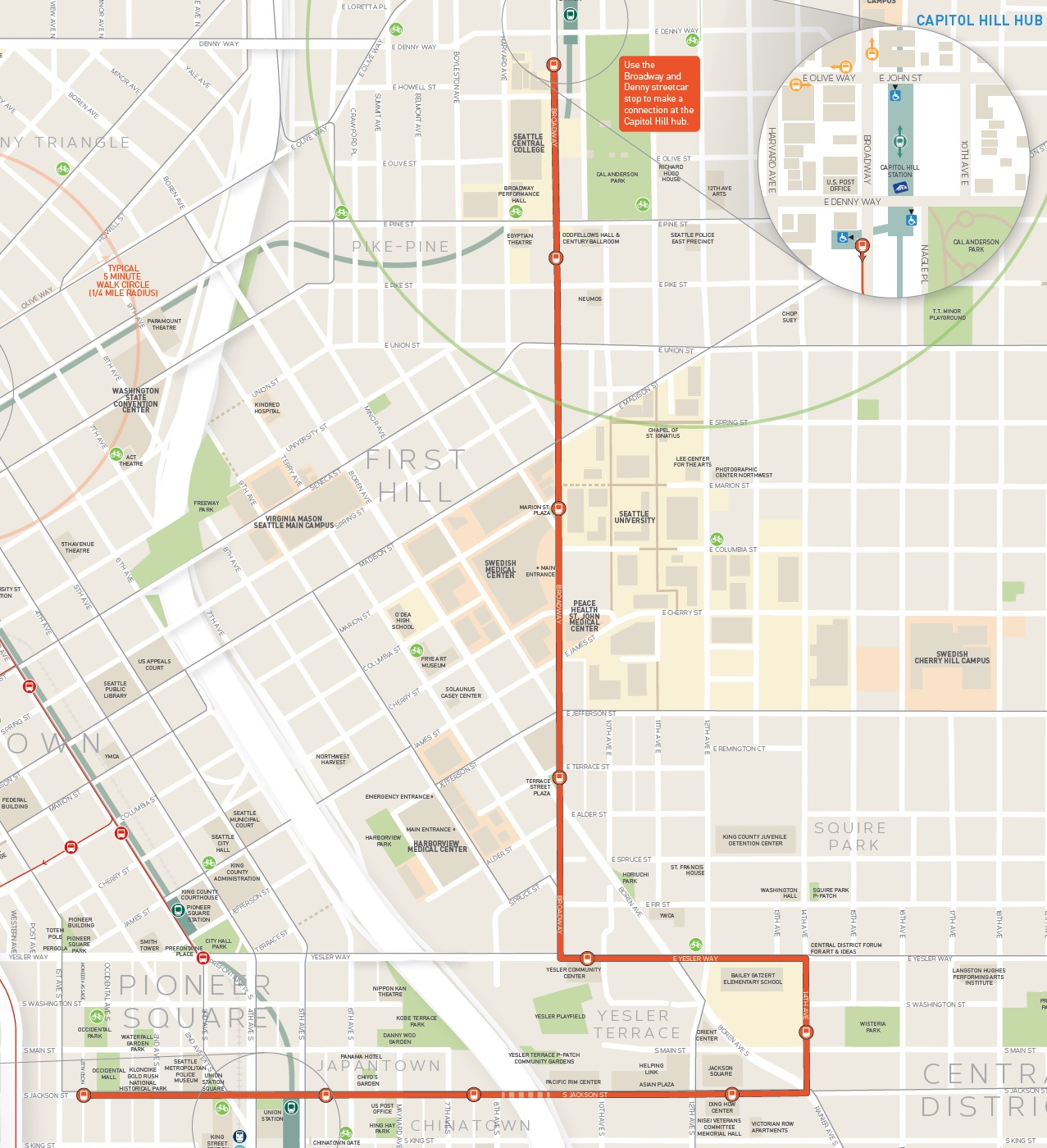 While the streetcar was down, SDOT contracted with Metro to run a replacement “bus bridge” for part of the day along part of the streetcar route to provide service; SDOT’s records show that the streetcar handles around 3,500 passengers per weekday. Council member Johnson suggested that if this ever happens again SDOT should provide bus service to mimic the streetcar schedule and route as closely as possible. SDOT exec Andrew Glass Hastings pointed out that coordinating the bus bridge was more complicated that imagined, in part because streetcar drivers aren’t certified to drive buses, so they needed to bring in buses and drivers (and design turnaround points).

SDOT has been consulting with its lawyers and accountants as to whether they can ask the manufacturer to pick up the operational costs associated with the streetcar being out of service, including the cost of the bus bridge. At this point they believe their contract requires the manufacturer to pay, though that has not been finalized yet. SDOT says that the manufacturer has been very responsive and engaged in diagnosing the problem and designing solutions.