Tomorrow morning, Mayor Durkan will unveil another of her 2020 budget initiatives: increasing the tax on Uber and Lyft rides in the city. In combination with that, she will announce a proposal to institute a minimum wage for Uber and Lyft drivers.

Currently the city imposes a tax of 24 cents per trip on TNC rides, which funds regulatory enforcement and wheelchair-accessible taxis. Durkan is proposing to roughly triple that to 75 cents per ride, starting July 1, 2020. This is expected to generate about $24 million of new revenue per year, rising to about $27 million by 2025. 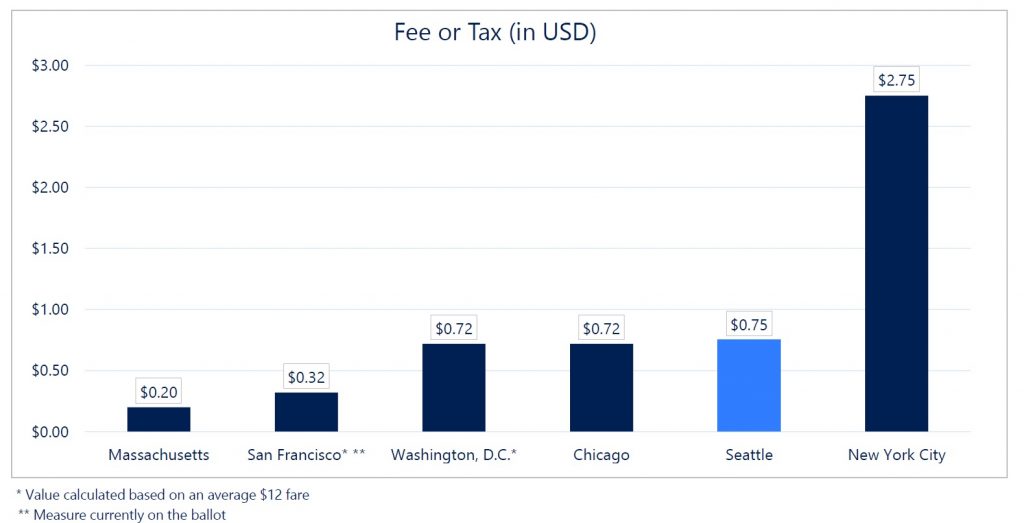 In what her office calls the “Fare Share Plan,” the Mayor proposes to spend the approximately $125 million of new revenues over the first five years on three things:

The Mayor is proposing that after the first five years, the revenues from the tax increase will be dedicated to funding pedestrian, transit and bicycle infrastructure across the city.

The minimum wage proposal is more of a problem statement and a “plan for a plan” than a solid proposal.  Relying on a number of studies, the Mayor’s Office concluded that Seattle Uber and Lyft drivers are paid well below the minimum wage. They cite an Economic Policy Institute study showing that nationally Uber drivers earn $10.87 per hour after deducting Uber’s fees and Social Security/Medicare taxes that self-employed “independent contractors” are required to pay. 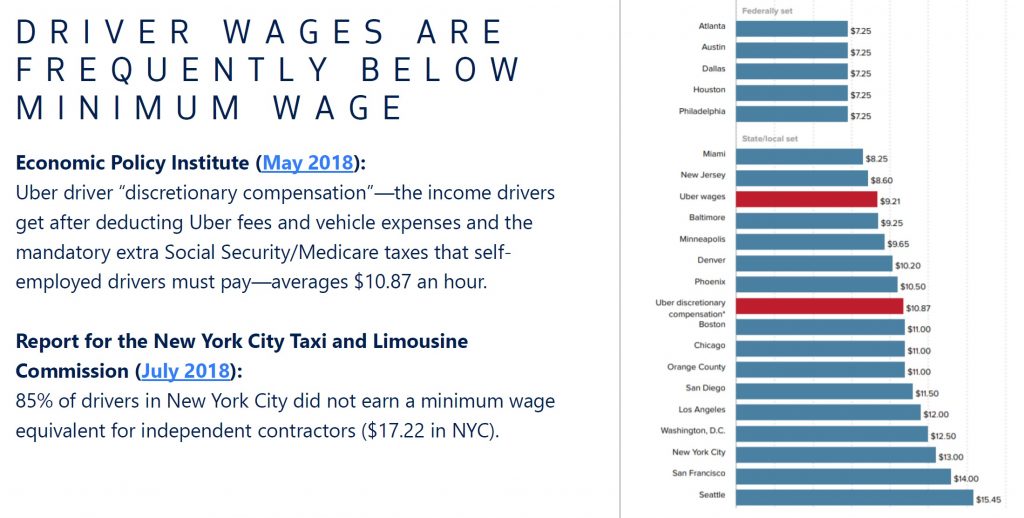 They also rely on a study commissioned by Uber and Lyft that divides up driver miles into three types:

The study, which looked at data from last September, found that Seattle Uber and Lyft drivers spend only about half their drive time actually driving passengers (P3). This is important, because Uber and Lyft only pay drivers for P3 miles — even though the company benefits from both P1 and P2.

Update: Nathan Hambley, spokesperson for Uber, clarified that if the “P2” drive to pick up a passenger takes longer than 9 minutes, drivers get paid at the P3 rate for the excess time, and if drivers are required to wait longer than 2 minutes for the passenger once they arrive, they are paid 40 cents per minute for the excess waiting time. However, that is the “gross” earnings — Uber takes its cut from those driver revenues too. 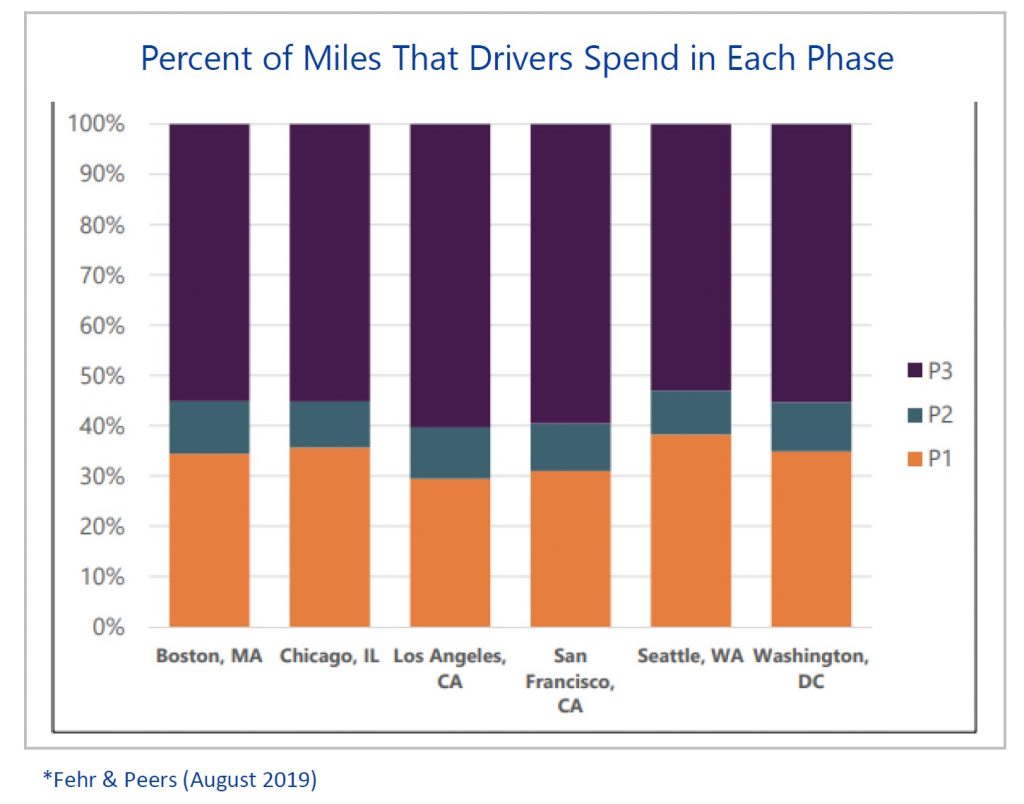 Durkan’s proposal is to immediately commission a study, to be completed by March, that would determine minimum wages and expenses (e.g. insurance, depreciation, maintenance, repairs and fuel) to be paid to Uber and Lyft drivers starting on July 1, 2020.

Some other observations and notes on the proposal: